Participants of the 3rd Asia Pacific Hemophilia Camp were creating a model building with LEGO pieces during the Asia United Challenge group games session. These young people were eager to live life their way and not let haemophilia stop them from fulfilling their ambitions.

Co-hosted by the Taiwan Haemophilia Society and Bayer HealthCare, the 3rd Asia Pacific Haemophilia Camp was held in Uni-Resort of Mawudu in Hsinchu county, Taiwan, recently. It brought together those affected by the condition, to learn and share about haemophilia, and build friendships with fellow patients. The camp also aimed to motivate, encourage and empower patients and their caregivers. Over 100 participants from Malaysia, Indonesia, Thailand, Taiwan and China attended the camp.

The camp also aimed at motivating participants to live life to the fullest. Through the “Asia United Challenge” indoor group games, they had the chance to meet and befriend many other people like themselves, all living with the disorder and making the most of life despite the condition. The campsite was transformed into a hive of activity as participants tackled challenges at each of the six games stations: LEGO-building, a musical performance, piecing together a jigsaw puzzle, decorating a giant postcard, designing an outfit and a trivia quiz plus landmark mix-and-match. The kids learned to work as a team in order to complete the tasks.

Haemophilia is a blood disorder where the blood lacks a protein and therefore cannot clot properly, leading to spontaneous or prolonged bleeding, especially in the muscles, joints and internal organs. When this happens, ugly bruises develop. 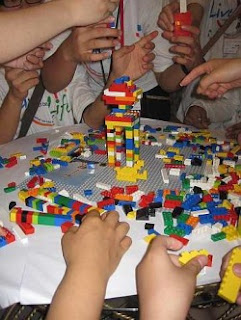