Now that FLL is over, it's time to start working on robot for NRC 2010 that is going to start in another 2 months time.
One of the most common complaints i heard from teachers and students were regarding the difficulty of Vertical Limit - the upper secondary event for regular category. Since no sample solutions are being provided this year, most schools (at least the ones i know) must be scratching their heads, or, should i say, pulling their hair from their scalp just to come up with a workable solution.
To add more salt to the injury, the recent update on the rules requires the robot to move from pole A to pole B AUTONOMOUSLY !!! surprise, surprise (O.O) Muahahaahaha....
It was not the organizer who wanted to play a prank on all the schools who participated in NRC 2010 but because the WRO committee keeps changing the rules as NRC 2010's events are based on WRO. (being an ex-Sasbadi trainer, i can attest to this )
This got me thinking a little - how on earth do you make a robot that can climb a pole 25mm in width, collect a ping pong ball, come down, move on to the next pole ALL BY ITSELF, and repeat the same thing again while using only 1 NXT controller, 3 motors, & 4 sensors (max) ?
I have been sketching up a robot using simple shapes & once i am done i will post up the sketches to share with you guys, so stay tuned :)
p.s. i'm not good in drawing :P

Videos of Team "The Light Warriors" at FFL 2010

Congratulations to Team "The Light Warriors" from REAL International School, Hulu Langat who won Best Overall Robot Design award at the recent FIRST Lego League (FLL). The team comprised (in alphabetical order of surname):
The team is also accompanied by:
Here are the videos that depict performance of Team "The Light Warriors" during the two-day event at National Science Centre, Kuala Lumpur. 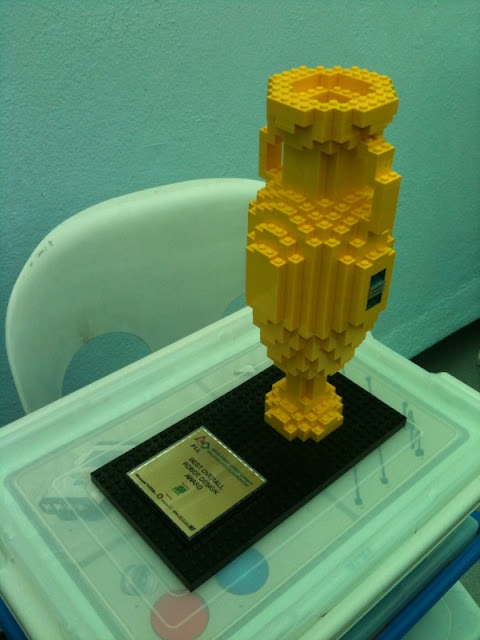 Good Luck to all.

**Details are obtain from Jason's blog (Sasbadi Staff)
Posted by Eric Tan at 10:02 am No comments: