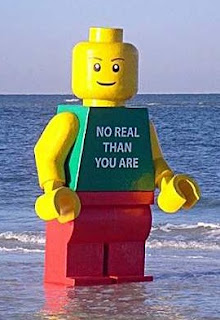 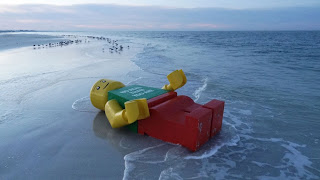 Ping Pong Robot made in China


Human-like robots developed by Zhejiang University in East China made debut on Sunday. The two robots as shown can capture the track of the ball by a camera installed inside before making reactions. The robots, 160 cm tall and weighing 55 kilograms each, took the university four years to develop. The university also aims to develop robots that can do housework.

The robots are able to track the movements of a table tennis ball and play back through a motion control system equipped with a built-in camera and an intelligence processing unit.


Reference: XinHuaNet (link)
Posted by Poong at 11:32 pm No comments:

Fancy a unique bright red Ford Explorer SUV at half of the usual weight? 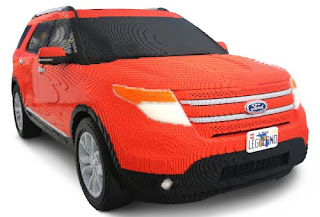 Ford Motor Co. and the LEGOLAND Florida theme park has formed a partnership with unveiling of a full-scale Explorer replication with LEGO bricks. The bright red LEGOLAND Florida edition Explorer will be on display at the new 150-acre LEGOLAND them park in Winter Haven, near Orlando.

Crafted by 22 Ford employees, the Lego Explorer is made up of 382,858 LEGO bricks. It took 2,500 hours (about three and a half months) to complete. The structure weighs 1,203 kg and is supported by a 348 kg interior aluminium base. 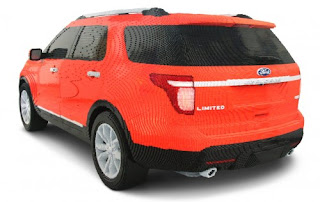 LEGOLAND Florida, which opens Oct. 15, is designed for kids from the age of 2 to 12 and has more than 50 family-oriented rides, shows and other attractions. The park has exhibits that use more than 50 million LEGO bricks and is divided into 10 zones with different themes.

In 2004, a life-sized LEGO replica of a Volvo XC90 was built, also for a LEGOLAND in California. 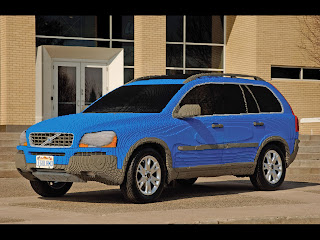