I have been in Kuala Terengganu for less than 6 months, and I am already making a scene. Creating too much publicity is NOT a good thing :)

Since I cant read chinese, I can't give you a summary on what it says, but most probably only good things :)

Those who didn't see the article in their Sin Chiew is because it is printed in their equivalent of Metro section (The Star), where it only talks about local events in Kelantan, KT and Kuantan (East Coast).
Posted by Eric Tan at 9:58 am 1 comment: 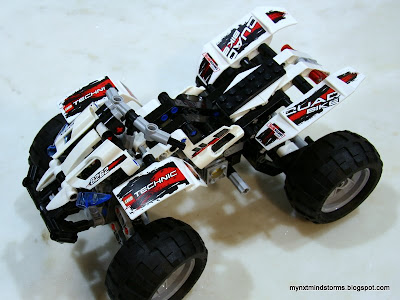 Isn't the Quad Bike just sexy? I must admit, most of the 2009 Lego Technic models are just awesome. In fact, I am eyeing the Technic Go Kart too! Not forgetting all the Star War Series, that I have already spent too much collecting.

I must admit, but this is the second Technic set that I have built. It is NOT that I don't own any other Technic sets, but all of is still Brand New in Box. I have the Lego Bulldozer 8275, but just haven't gone around to building it. I am sure it is an awesome set, with all the PF Motors!! 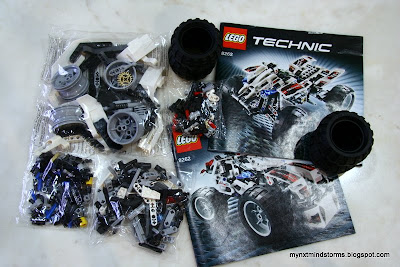 When I first opened the box to the Quad Bike, I realised that there is so little pieces in there. With all the packets on the table, I was wondering whether have they left any parts out? Most of the weight of the items are in the rubber wheels :p 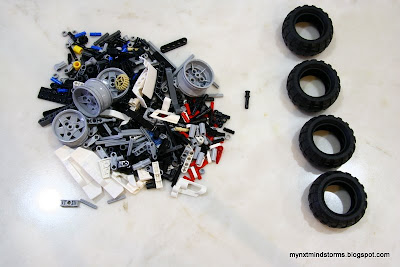 After pouring all the parts out on the table, I realised that it is filled with many many small parts. After a quick flip through of the intruction booklet, I realised that there is alot of little details (and little parts) used to make the quad bike.

I spent closed to 2 hours building the Quad Bike. I really like the front suspension that the Quad Bike have. The design is great, and I hope to incorporate it in my future NXT designs. The only problem is that, the pieces and absorber piece is unique to this set, and NOT included in any standard NXT Set :(

It has an alternate building instruction to build a Buggy. I will be building it soon, and will definately post the pictures of that soon. 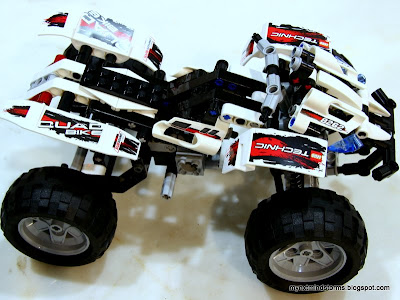 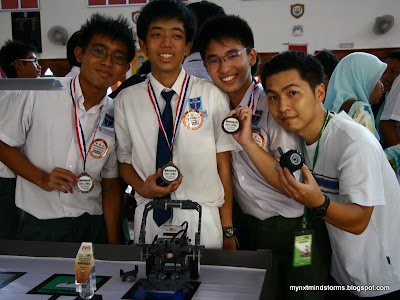 Here is a photo of the kids from SMK Chung Hwa Wei Sin with the 3rd Price win at the NRC 2009 Kuala Terengganu State level.

Congratulations to them on work well done of getting 3rd place. It is their first year with the NXT and coaching them from ground up is no easy task, not to mentioned with their busy schedules, they only had about a month to come up with their robot design and program for it.

Going against students who have got NXT experience, not to mentioned that they had already completed a similar NRC 2008 question is no easy task. Luckily with the long hours put in, they manage to obtain 3rd Place.

The kids are (from left to right)
I expect nothing less from them next year, only First place would be acceptable!

I will be posting more on my NRC experience in the future post, as well as the design concept of our NRC 2009 robot, as well as mistakes that we had made.
Posted by Eric Tan at 9:56 am No comments:

Look what we have here. It is a very similar concept to what was posted earlier. Check photo below, and link to posts. 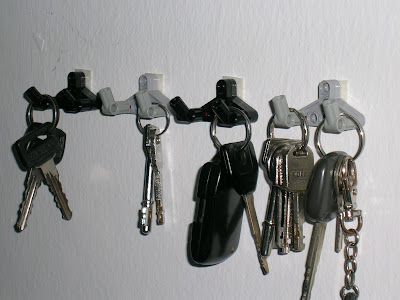